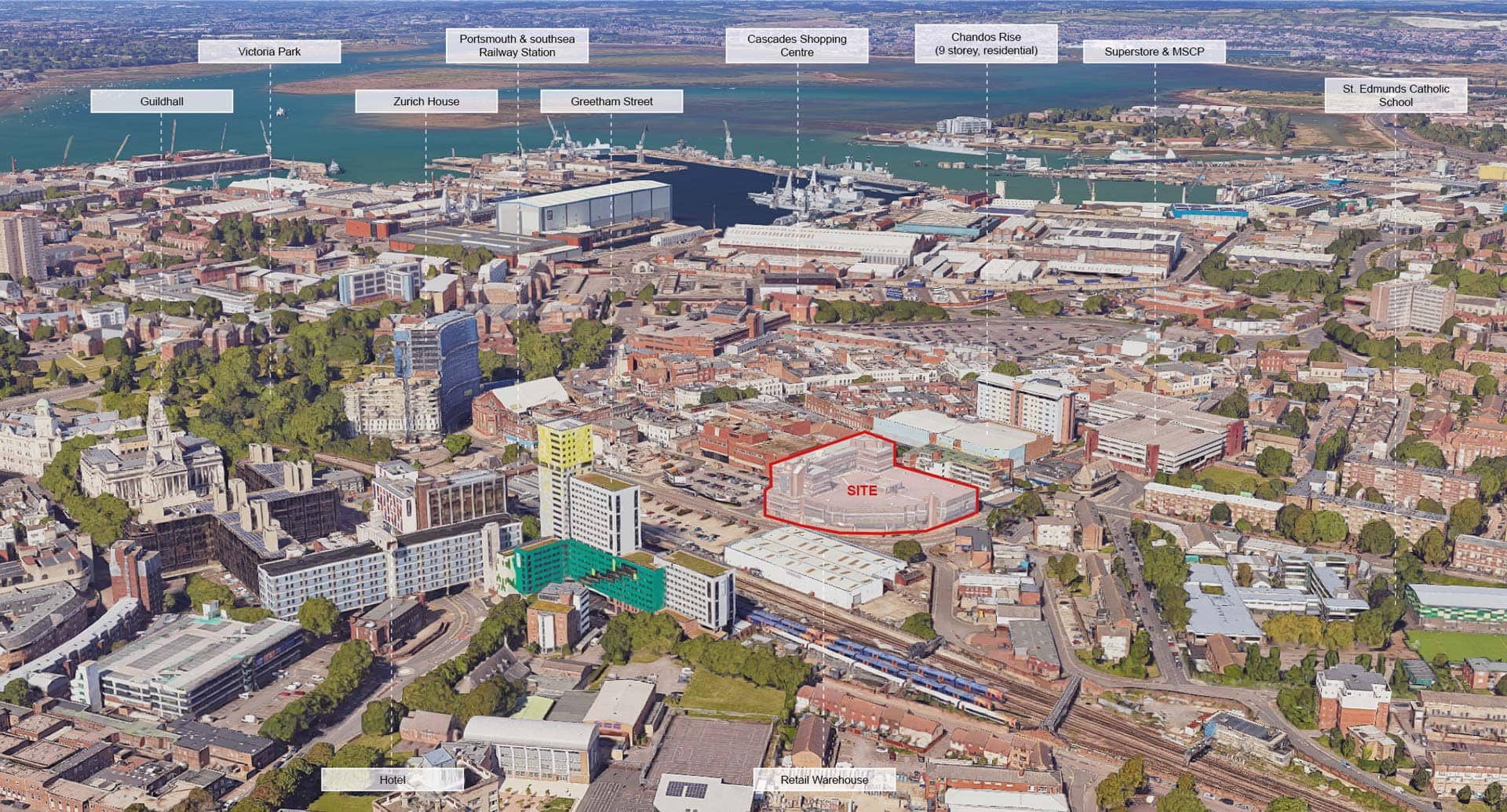 The site is in Portsmouth City Centre. It is bordered to the south and east by Station Street, to the west by Slindon Street and to the north by Lower Church Path.

The building consists of a six-storey tower fronting Slindon Street and is then between two and three storeys high on the eastern side.

It was built in the late 1970s and used to be occupied by the Royal Mail in its entirety being used for a variety of purposes until late 2016 when most of the operations moved to Voyager Park in Copnor.

However, the majority of the building has now been vacant for some time. It is important this city centre site isn’t wasted, and a long-term, beneficial use found for it.